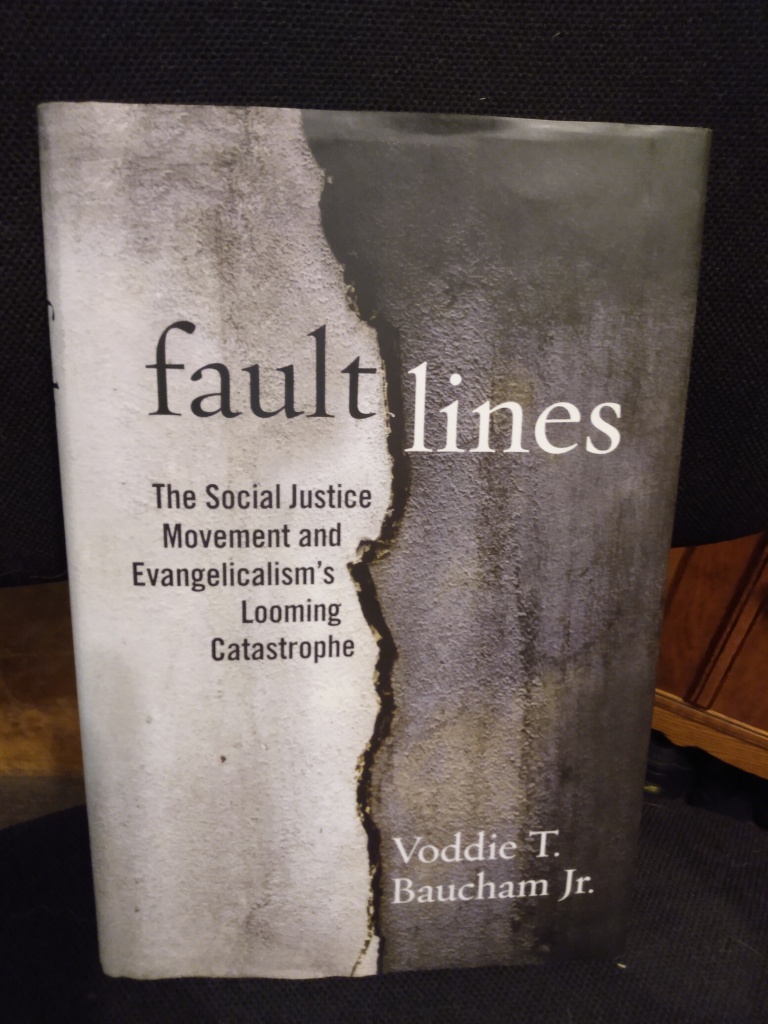 Listening to the news these days is pretty depressing but also rather informative! BLM, social justice (not biblical justice), CRT (Critical race theory), CSJ (Critical Social Justice), and “intersectionality,” are topics in the mainstream media. But, it’s not only there. These theories, this propaganda, have infiltrated our schools, our workplaces, our government, and our churches.

All of these things fall under the umbrella of “social justice.” And as such, they pose severe and destructive harm to us as a people, as Americans, and as Christians. Why? Because of the anti-God, anti-biblical suppositions, the people who hold to these theories seek to impose, often by manipulation and force, are deadly to any society and catastrophic to the church, seeing they are categorically opposed to the gospel.

That is why I was happy to pick up Voddie Baucham’s book “Fault lines.” I know Voddie to be theologically sound and a great orator. So, it seemed wise to learn from the wise on these issues permeating every facet of our society and thereby become equipped for the battle ahead.

First, let me say that Voddie has a unique way of weaving personal stories into a topic that, as one person said, is arresting and moving. Throughout this book, he does not shy away from telling the truth, naming people who have given into the lure of the movement for various reasons, or even calling out organizations playing with this fire. His teaching is clear, research carefully documented, and the topic is written in any easy-to-understand format.

In the introduction, he explains that our problem is this: social justice versus biblical justice. Not political division, not growing ethnic tensions, but “true” justice for a people. In chapters one and two, he shares his background and experiences as a black man, as a black Christian man in the church, living in Africa, and the new perspective that gave him on ethnic and racial issues.

Throughout the rest of the book, he exposes the social justice movement for what it truly is: a new religion with its own priesthood and its own canon of truth that supersedes any other, including the biblical canon. He discusses the damage that it is doing to our institutions and our churches. Voddie does not leave us despairing but provides necessary reminders to the church to prepare for the battle ahead.

I found Voddie’s book very instructive and insightful in all he sought to bring to light regarding these issues. I believe you will as well. If you’re a pastor, this book should be placed on your reading list sooner rather than later. If you’re a Christian trying to navigate through these trying times and want to understand the issue better, purchase this book, you won’t be disappointed.